We have recently received some very exciting news regarding the 2014 Australian Hair Fashion Awards. Chilli Couture hair salon has been awarded as finalists in the following business categories –

We would also like to make a special congratulations to our creative hair stylist Rachael Shaw for being a finalist in the following category –
Rachael’s work was recently published in the current issue of the exclusive The Journal magazine.
The winners for all categories will be announced at the awards night held in Sydney on Monday 31st March which the Chilli Mummas, Rachael Shaw and Jilliann Cotter will be attending to represent Chilli Couture. 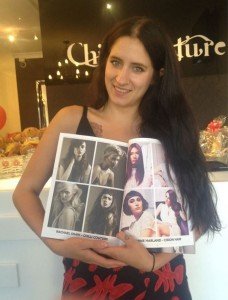 Ammonia-free and chemical-free hair colour is seeing a surge in popularity in the hair salon industry, as people aim... read more

How to Find a Great Hairdresser in Perth

Many of us love to indulge in our hair. You might love to change your hair colour as frequently... read more

Silicon Society At The Australian Hair Fashion Awards In WA

The extravagant world of hair design is a dimension few of us are lucky enough to inhabit… That... read more

Fabuloso Pro Hair Colour by Evo     We are excited to announce that we are now stock the Fabuloso Pro range... read more

Want to give the New Year’s Eve look you’re envisioning for yourself that extra wow factor? Rock one of... read more

The first weekend in April saw our boss lady Rachel jetting off to Sydney for a couple of days... read more

So the gals of the Chilli Couture family (no boys allowed) decided to start the Chilli Hair Challenge or... read more

Our most recent photo shoot was one of the best yet! Using our organic hair colour, we featured eight... read more